Thank you! Your submission has been received!
Oops! Something went wrong while submitting the form.

Building A Local Brand Just Got Easier With Facebook Ads

Usually, local businesses think they have a good idea of how to build the local brand. Whether you own a corner pizza shop, a general merchandise store, or some sort of music training or educational service, you'd think that local outreach is the way to go.

You basically would join all sorts of local community groups. People would talk and network, you'd pass out your cards, and sooner or later, enough people will find out what you have to offer. This is how a lot of businesses start; it's all based on one-to-one, person-to-person interaction.

It should also be obvious what this approach's key disadvantage is. I'm sorry to report, but not everybody is social. There are people who would like to keep to themselves. It is perfectly okay to be an introvert. If you're shy, there is no shame in that game.

Unfortunately, local business is geared towards socialization. If you're a shy person, I can understand. Sometimes, interacting with strangers feels like you are gouging out your eyes. It can be quite physically uncomfortable.

I get where you're coming from. Most people don't take a social situation like a fish to water. It is no surprise that a lot of local businesses don't do all that well. Their owners have a good idea of what they need to do, but for whatever reason, maybe it's personality. Maybe it's time, maybe it's other resources. They just don't get around to doing it. Not surprisingly, they don't build a local brand.

The importance of building a local brand

So what's the big deal about building a local brand anyway? After all, there are lots of businesses out there, not all of them are brands. Obviously, they're successful enough to make it to the next year. So what is the big deal?

Well, here's the thing; when you run a business, you're investing your time. You're focusing on that one business, or a couple of businesses and nothing else. What if you could've been getting more money doing something else?

This is the concept called opportunity costs.î Everybody has skills, talents, and value they can contribute to other people. What if the way you've chosen to offer your personal value doesn't pay as much as other alternatives? That's exactly the situation you find yourself in when you set up a local business that's not really going anywhere.

Sure, it's making enough money to pay the bills. It's breaking even. It gives you a salary that is a couple of notches above minimum wage. But is this really the life you want for yourself? Don't you want to operate a business that lives up to its fullest potential?

At the very least, you would want to operate a business that serves as many people as possible. right? You want to have a socially impactful business. If that's the case, you definitely have your work cut out for you if you're going to do this on a purely local one-to-one, person-to-person basis. I'm not saying it's impossible, because businesses do this all the time, but for every one business that is able to pull this off, 99 other businesses don't. And to make matters worse, roughly 50% of those businesses end up going belly-up.

I know that sounds depressing, but that's how important branding is. The good news is there's a shortcut. Using Facebook Ads that are hyper-targeted to your local area, you can build a local brand.

Now, you're probably rolling your eyes, and you're probably skeptical about my claim, and I can't blame you. After all, based on what you've seen, local businesses in your area have probably become local institutions precisely because they've been networking for so long.

In fact, a lot of these businesses have been referred on a generation by generation basis. People look at them as local landmarks. But the problem is they have a competitive advantage that you cannot pick apart. It's not like you can easily reverse engineer what they've done, and somehow benefit from all that goodwill that they have built up over the generations.

This is called the Rule of Eight. According to many marketing services, prospects have to see an ad at least three times for them to feel that the know it" enough to want to click it. Once you give them that impression, they would then click on your ad and then find out more about what you have to offer.

Still, when you run these ads, you become a known quantity in your local area. It's only a matter of time until people show up to your business. That's how you create a local brand with Facebook Ads.

To make it easy, we’ve put together a step-by-step guide that will show you exactly how it’s done... Facebook Ads

As an entrepreneur in the software industry creating outsourced management solutions for the small business sector, Ron can speak from extensive first-hand experience and has a deep understanding of the hire & Rental industry. He has listened and collaborated with industry professionals and constantly redesigned and developed the CloudRent product to meet customer and industry requirements. This led to the development of the core infrastructure that has been sold to Hire & Rental business’s in 25+ countries over the past 14 years.‍ 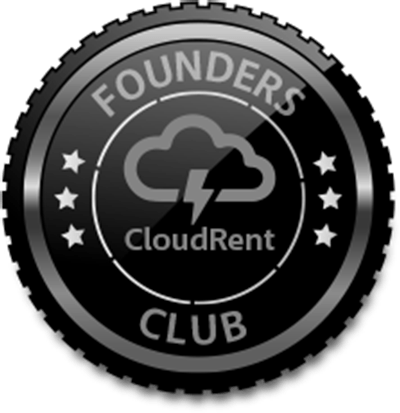 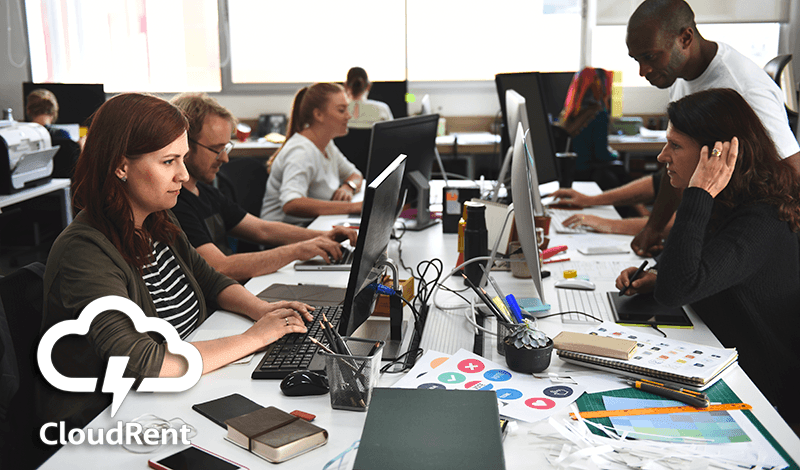 latests news from us

Deliveries make up a large part of the rental business, so it is essential to get them right. Getting them right comes down to logistics and customer satisfaction.

In the film industry, time is money. And when it comes to renting film equipment, crews want to be able to get in and out as quickly and efficiently as possible. That's where CloudRent comes in.

Logistics
Home Items You Didn’t Know You Can Rent

The rental market has expanded beyond apartments, office space, cars, and machinery. Now, the sharing economy has extended to clothes, designer handbags, pets, and other personal stuff.

After fourteen years of experience and with clients in twenty five plus countries, a group of rental professionals from the Events, Temporary Fencing, AV, Party Hire and Heavy Machinery sectors got together to build the perfect rental system.